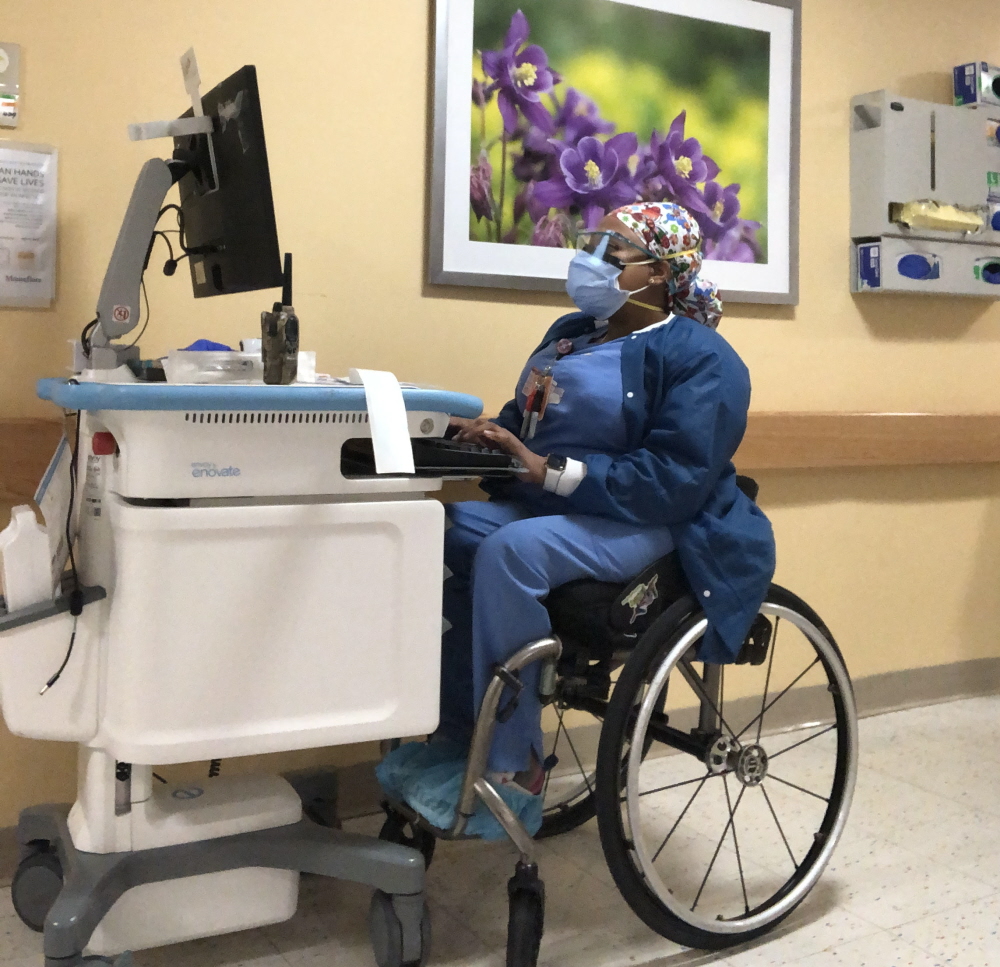 There have been a lot of amazing stories since the Coronavirus has spread in the United States, and one of the most exciting stories to occur is the story of Andrea Dalzell. A 33-year-old native of Brooklyn, New York, Dalzell is a trailblazer in the world of nursing and received her nursing license in the state of New York. She is also one of a handful of nurses who use a wheelchair in the US.

Her road to working as a nurse wasn’t an easy one. Only recently hired as a floor nurse because of the pandemic, Dalzell proves that your time to shine will come, but it may happen when you least expect it. Currently working at one of the busiest hospitals in New York, here is the story of Andrea Dalzell.

At the age of 5, Dalzell’s entire world changed. Born able-bodied, she was diagnosed with Transverse Myelitis. Transverse Myelitis is a serious inflammatory condition of the spinal cord which comes on suddenly and can cause permanent paralysis. Dalzell’s condition after her diagnosis allowed her to still walk; however, walking proved too difficult long-term. She tried off and on for years to walk again with ease.

By the age of 12, however, Dalzell decided to use a wheelchair full-time, which allowed her to move more freely in the world. After high school, she had her eyes set on becoming a doctor, but advisors who didn’t see her potential told her to attend community college. This was not something she wanted. Instead, Dalzell attended a four-year college, City University of New York-College of Staten Island, and began taking pre-med classes. Along her schooling, Dalzell became Ms. Wheelchair New York in 2015.

It was during med school when Dalzell realized that becoming a doctor was something she no longer wanted. She noticed in her classes that they were teaching them how to treat the disease, not the person. So instead, she flipped the switch and enrolled in nursing school to give direct care to patients. Sadly, Dalzell encountered closed-minded teachers right away. Many didn’t think she would be capable of being a nurse after seeing her wheelchair.

“During my clinical rotations, I was often pulled off hospital units because I was told that I was an infection risk, or my wheelchair was a safety hazard. I was questioned on my abilities more than any of my peers and often told I could not or would never be an acute care nurse,” Dalzell recounted.

But she persevered, and Dalzell graduated with her nursing degree in 2018. Her first job was working as an RN at a summer camp, but she craved more, wanting to work directly with in-need patients. It wasn’t until the current

pandemic that Dalzell finally had her wish answered. Right before the pandemic, her job as a nurse for a prep-school came to an end, which led Dalzell to begin feverishly applying at hospitals around the New York City area.

It didn’t take long for her to hear back from Montefiore Hospital in the Bronx, where she’s been working long shifts since. She works on a floor that rules out the Coronavirus in patients. “The work is incredibly gratifying, but so is earning the respect of my peers. I think they had their own trepidations about having a coworker with a disability on the floor since they’ve never worked with someone like me before,” she admits.

But the amazing thing? She’s learning a ton on the job, and Dalzell is learning how to do things, even if it’s a little different compared to her peers. “I’m constantly trying to be innovative,” she says. “There are many tricks to the trade whether you have a disability or not. It’s all about the learning curve and handling things as they come up.”